Yep, I’m still on holidays! And loving it too. But I will be coming back soon.

In the meantime, Haidee from Maybe Baby Brothers And Me, has contributed todays guest post. Haidee writes on motherhood and her family life at home. She is a great writer, and one of the first bloggers I followed (plus also became bloggy friends with). Check out her funny story below on how toddlers have the tendency to have selective hearing. Sort of like most adult males too. Please head over to her site to follow her as well 🙂.

We went to visit a wildlife park on Sunday and I had the fun experience of looking after two at once by myself in a wide open space with animals. Lots and lots of animals. I usually try to avoid such outings without my husband, but I went with a group of friends who I haven’t seen in a long time so it wasn’t like I was truly alone. I could survive this, surely? I mean, what kind of mischief could a 2 and a 3 year old boy throw at me that I haven’t seen already?

Unfortunately for me, I forgot that we are currently going through the selective hearing phase.

You know, where they pretend they can’t hear a word you are saying when they in fact have perfect hearing and just want to hear what they want to hear. Much like husbands when you ask them to do the dishes, vacuum, mow the lawn … somehow they never seem to have heard you. Funny that.

But neither of mine wanted to hear that day. Hence this happened:

At this point I had to put aside the camera to go and rescue my son who was being chased by the two Emu’s. Then this guy joined in the chase because he obviously thought we had food:

Unfortunately for him, the food was all gone after being tipped out by this guy for the sake of one lone duck who had been separated from the other ducks and put in with some rabbits (that should have been a sign).

The duck bit him of course. Then it turned around and had a go at me, biting me on the leg for no reason! Stupid duck.

Anyway, so the stag was out of luck because the duck got the whole lot, but it didn’t stop him joining in the chase. I managed to rescue him (as he fell over and tumbled down the hill – Cohen that is, not the deer) and then turned around just in time to see this happen. What you don’t see is that he managed to sit completely in the stream and have a splash around like it was a bath. I hate to think what was in that water! Ugh! Kids. Then he complained because his bum was wet (!).

After a joyful (exhausting) morning without too many further incidents, we settled into the cafe part of the park (with one wet child and one child who smelt like he had rolled around in animal poo … oh wait, that’s because he had when he’d rolled down the hill after not listening to his mummy. Lovely! Just another day out with boys!).

Ooooh! Blissful coffee time! I got the kids some hot chips and ordered my standard large flat white, takeaway.

Why do I get a takeaway cup while sitting in a cafe you ask?

Wouldn’t you know! Finn tipped over my entire coffee all over me and the ground! Famous last words!

Thankfully the waitress took pity on me and made me a new one at no charge. I must have had that maddening scary look in my eyes that one gets when surrounded by small children without caffeine in the blood stream.

I would like to say that my kids learnt from this experience the curse of what happens when you don’t listen but alas, I doubt that very much! So I am sure I will have more stories like this to share in years to come. Hundreds of them.

They are boys who will become men after all!

Do your kids have selective hearing? Please let us know your stories in the Comment section below.

About Haidee, from Maybe Baby Brothers And Me 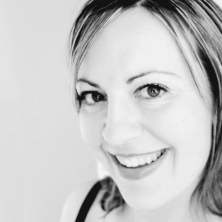 Mum to two lovable rogues (aka boys) aged 3 and 2. Wife. Working mum. Self proclaimed coffee addict. I love to have a good laugh (often at my own expense!) and entertain while also delving into the more serious side of life at times too. My blog is a hodge podge of parenting my two little monkeys, humour, funny anecdotes, inspiration, coffee (you will see this as a recurring theme!) and life in general.

23 thoughts on “THE CURSE OF SELECTIVE HEARING – Guest Post”

WELCOME TO OUR CRAZY LITTLE WORLD

I AM A CONTRIBUTOR AT